Published in the Scottish edition of Equi-ads 2013

Listen to your horse 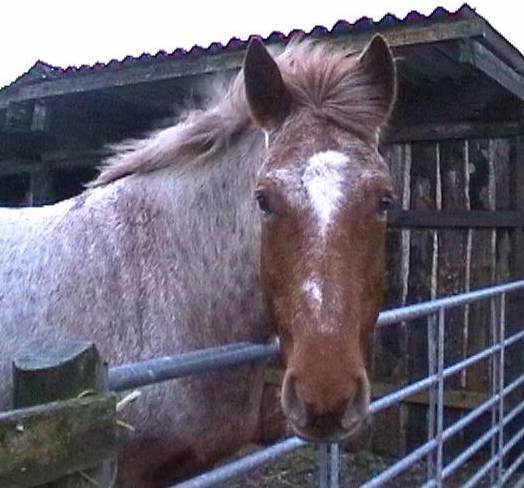 People ought to quit worrying so much about whispering to their horses and just start listening to them.

I look back with more than a bit of embarrassment to my early days of horse owning. My first horse was one that I described as ‘difficult’. I didn’t worry too much about what she was doing - if she fidgeted when I put her saddle on that was ‘just her’. When she spun on the road and took off high speed for home I just thanked my lucky stars that I was still on board when we got there! She had ‘up’ days where I just knew she was going to buck, but again I put it down to her personality. If I thought at all about these issues, it was to feel a bit pleased with myself that I knew how to ‘manage’ her - how to ward off the odd threat to nip, how to speedily jump aboard an ever-moving horse, how to ‘ride through the bucks’ and so on.

I only started trying to listen to her when she finally had to resort to ‘shouting’ very loudly to get my attention - a spin and rear after which I ended up on the ground, with a skinned back, a bruised ego, and a big knock to my confidence.

Once I started trying to listen to her, rather than just thinking about how her behaviour affected me, I was amazed at how much I’d been missing.

This is how most of us are.  In the vast majority of cases I see, owners get in touch when they can no longer manage their horse’s behaviour - the horse has got to the ‘shouting’ stage. I repeatedly hear people say things like 'it was fine when she took 1/2 hour to catch, but last night it took 2 hours and  that's a problem' ‘I’ve always been able to manage her bucking, but now the bucks are really big and I broke my arm last time I fell off'

I’m sympathetic to this, as I’ve been there myself;  I think most of us have. Basically, the owner becomes seriously interested in their horse’s behaviour when it becomes frightening, unsafe or massively inconvenient to them.  I don't think this to do with people not caring about how their horse is feeling, we’re simply not very good at listening to them when they tell us. So, next time your horse turns away when you go to catch him, makes a face at you, moves off when you try to mount, or throws in a wee buck when you are schooling him, listen to him. It’s far better for his welfare, and for yours, to resolve any issues while he’s still talking reasonably to you about them, than waiting until he has to really shout!